The Carboniferous is named from the latin carbo (coal) and fero (bearing), indicating the general worldwide formation of coal during the latter part of the period.   From the Mid Carboniferous onwards, sea levels began to fall, and conditions became swampy – eventually being smothered by huge deltas depositing coarse sands to form the famous gritstone, and giving way to vegetation growth, allowing coal to be laid down.

During this period, amphibians were well established and some were beginning to evolve into reptiles – with dinosaurs just round the corner!  Thankfully, no humans were around to witness the enormous arthropods – with insects growing to gigantic sizes due, it is thought, to the highest oxygen levels in geological history.   In the seas, limestone-forming crinoids and brachiopods were eventually replaced by silts, muds and grits being washed into what became progressively shallower swamps and forming beds of shales, mudstones and grits.  These conditions eventually became perfect for extensive tree cover, and it is thought that so many trees were fossilised (as coal) in this period because animals and bacteria had not yet evolved the enzymes needed to break them down.  The Ingleton Coalfield, to the south of the village, is a legacy of these conditions. A first time visitor to Ingleton may be puzzled to learn that the coal lies lower than the gritstone cap of the mountain, but this is the result of a massive slippage of the rock beds along the Craven Faults. 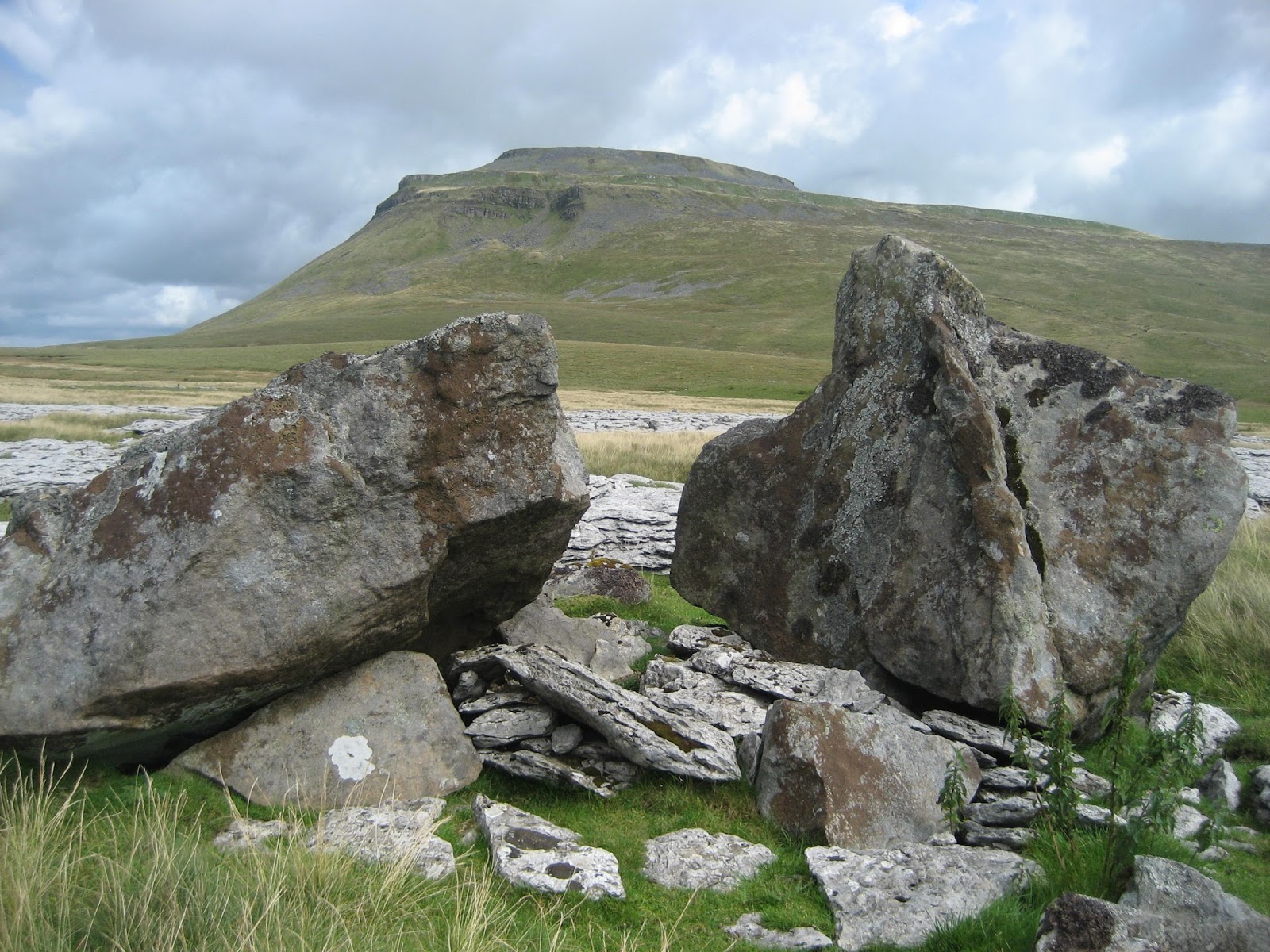 Gritstone erratics on White Scars, Ingleborough, with the distinctive gritstone cap of the mountain clearly visible above the Yoredale Series. Stephen Oldfield

Towards the very end of the period, about 289 million years ago – and just before the Permian, many creatures became extinct due to climate change when conditions became dry and cold, even allowing some glaciations to occur.  This overview of the period is important to understanding the summit rocks of Ingleborough, overlying the Yoredale Series.