A belt of red rocks, dating from the Permian and Triassic, occupies the Eden Valley and stretches as far as Kirkby Stephen. These geological periods (often referred to together as the Permo-Triassic) lasted roughly from 300 to 200 million years ago, a time when Britain had moved north of the Equator and was part of a huge desert continent. The Westmorland Dales includes small areas of Permian red sandstone and a rock called ‘brockram’, both of which formed in desert landscapes and overlie the Carboniferous rocks. 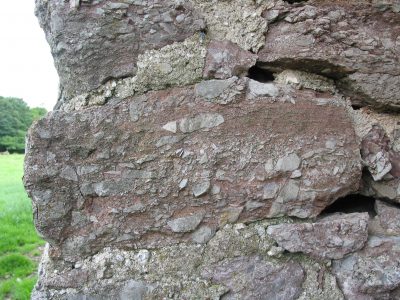