You are here: Home › Westmorland Dales › Life in the Tropics › Tropical Seas

As the Carboniferous progressed, a shallow tropical sea eventually flooded in to cover much of northern England for millions of years. The Westmorland Dales and the whole of the Yorkshire Dales would have been like the present-day Bahamas, with warm, clear waters in which sea creatures flourished. Their remains accumulated as layer upon layer of limy, shelly muds on the sea floor. Occasional influxes of sediment, which washed off land to the north, occasionally choked the clear waters and settled as mud, silt and sand on the sea floor. 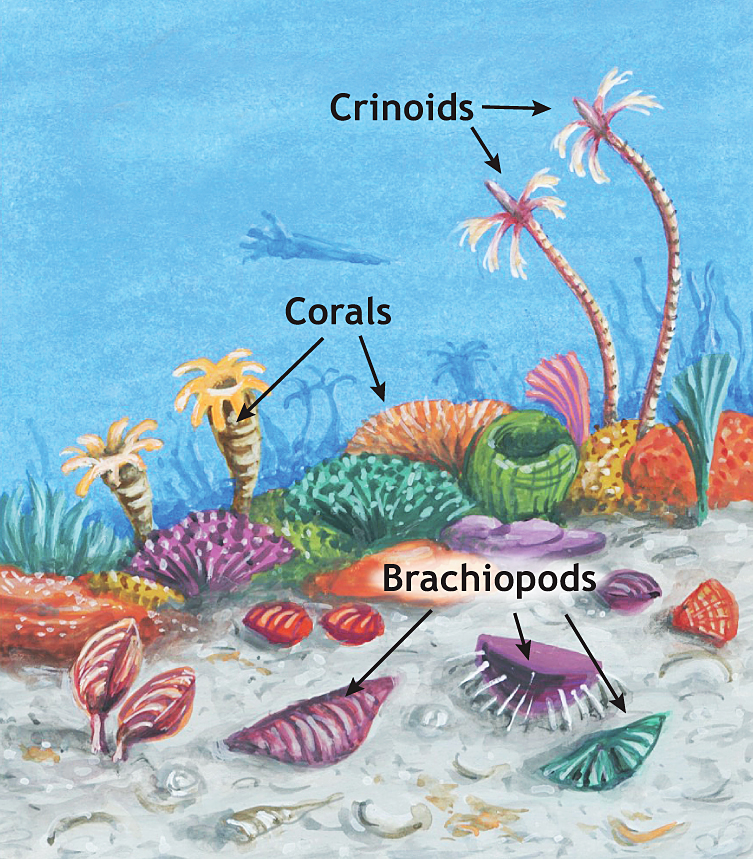 A Carboniferous tropical sea, full of corals, crinoids, brachiopods (a type of shellfish) and many other sea creatures. © E. Pickett

The limy deposits compacted, hardened and became naturally cemented to form a thick pile of layers (beds) of limestone. Some of these beds contain the remains of sea creatures which have been preserved as fossils within the limestone.

These rocks make up the Great Scar Limestone Group. Hundreds of metres thick, this sequence is made up of eight to nine formations in the Westmorland Dales. Several of their names reflect local places (e.g. the Coldbeck, Scandal Beck, Breakyneck Scar, Ashfell and Potts Beck limestone formations). The Great Scar Limestone forms the pale grey scars, crags and limestone pavements that make up the heart of the Westmorland Dales. The limestone contains features that tell us about the Carboniferous seas, as well as later processes which sculpted the rock. 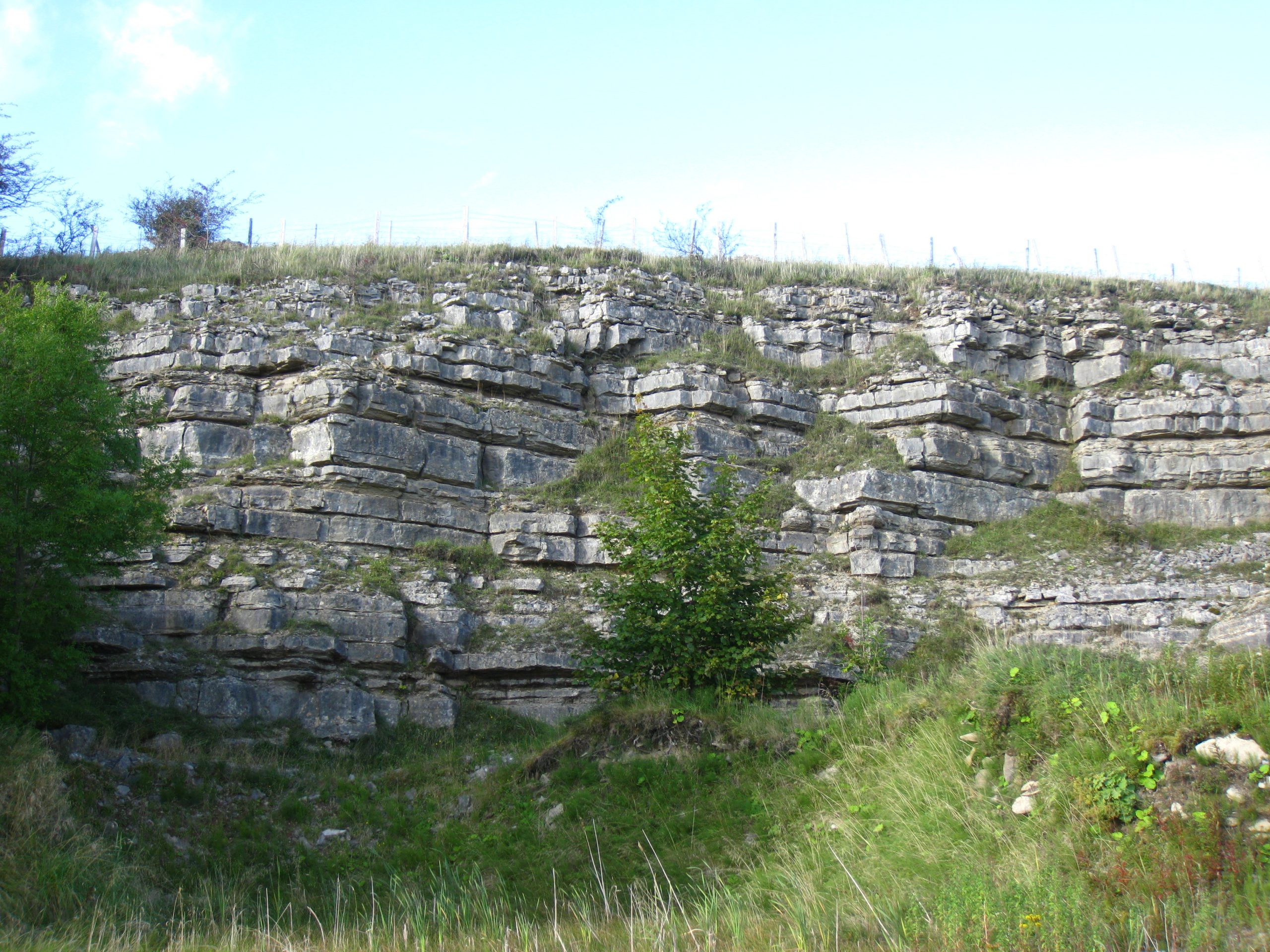 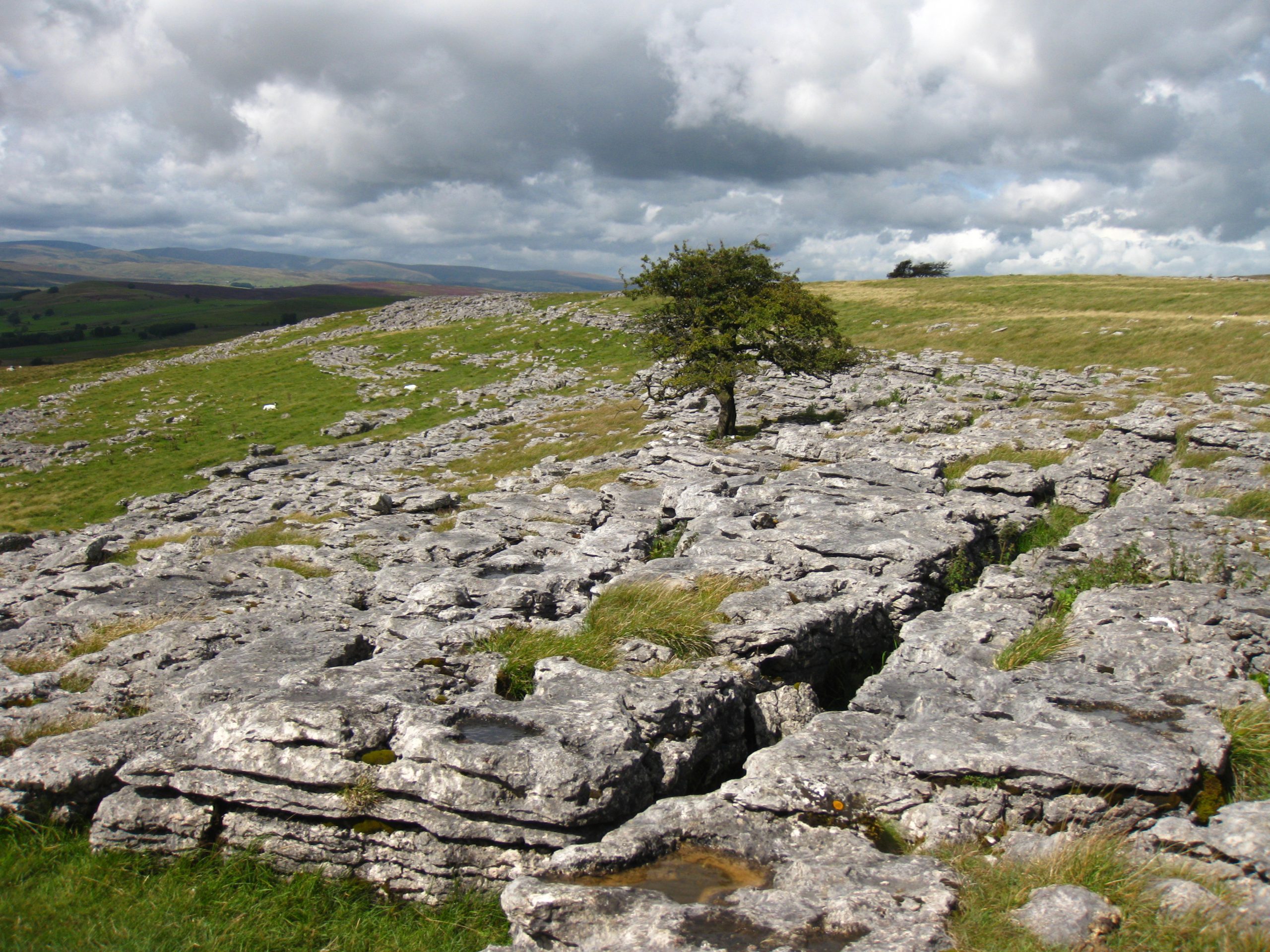