You are here: Home › Westmorland Dales › Life in the Tropics › Building and Burning

The area’s rocks have been used for centuries, adding to the distinctive character of the landscape. Dry stone walls, especially those built of limestone on the uplands, are a particularly iconic feature and many date back 200 years or more. Stone for walling and building was worked in the numerous small old quarries which dot the area. Many of the limestone quarries are associated with limekilns. Limestone was burnt to produce lime which was used as a soil improver to ‘sweeten’ acid upland soils. 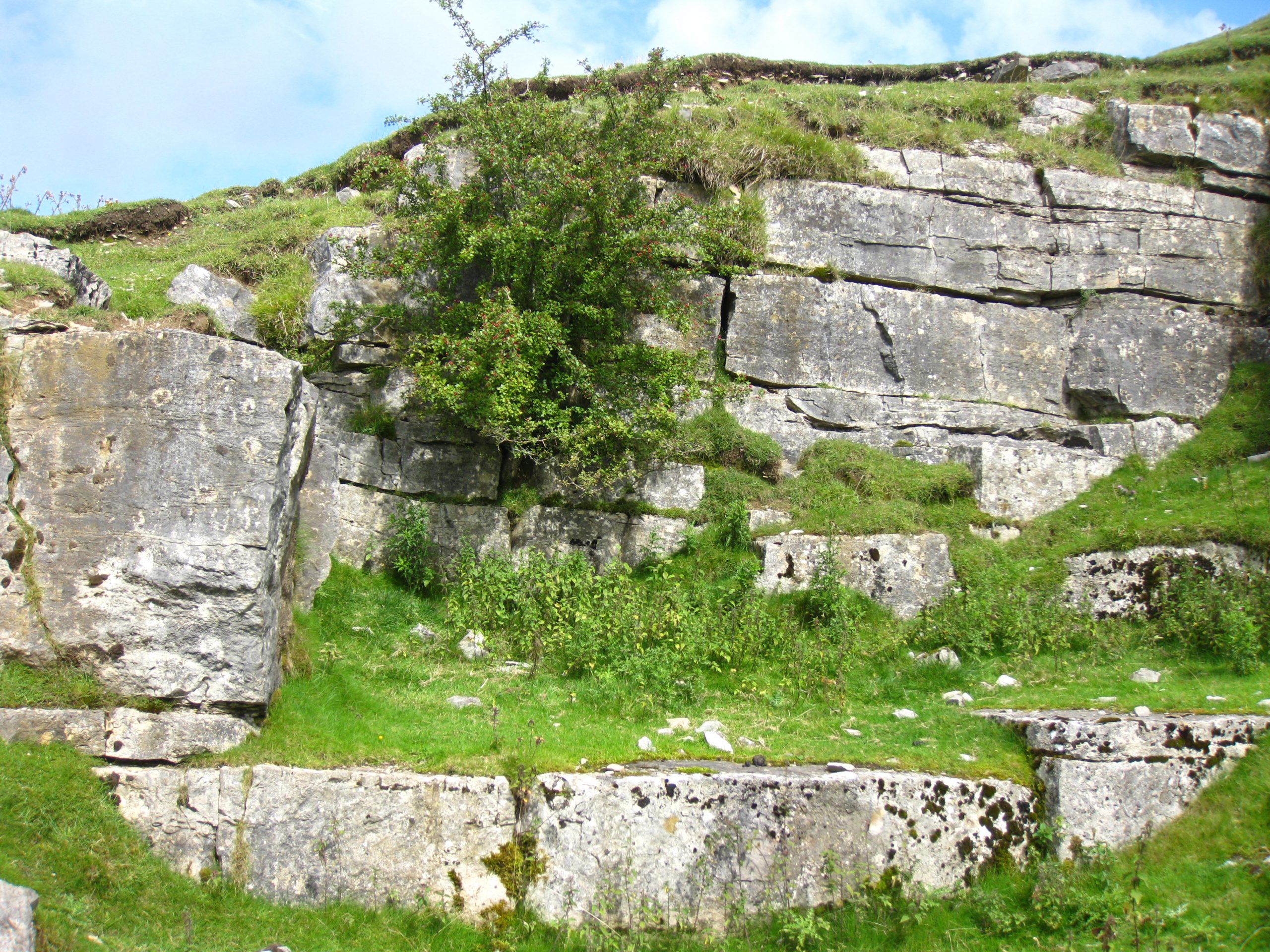 Typical small hillside limestone quarry, this one in Ashfell Limestone on the lower slopes of Knott, which supplied a nearby limekiln. © E. Pickett 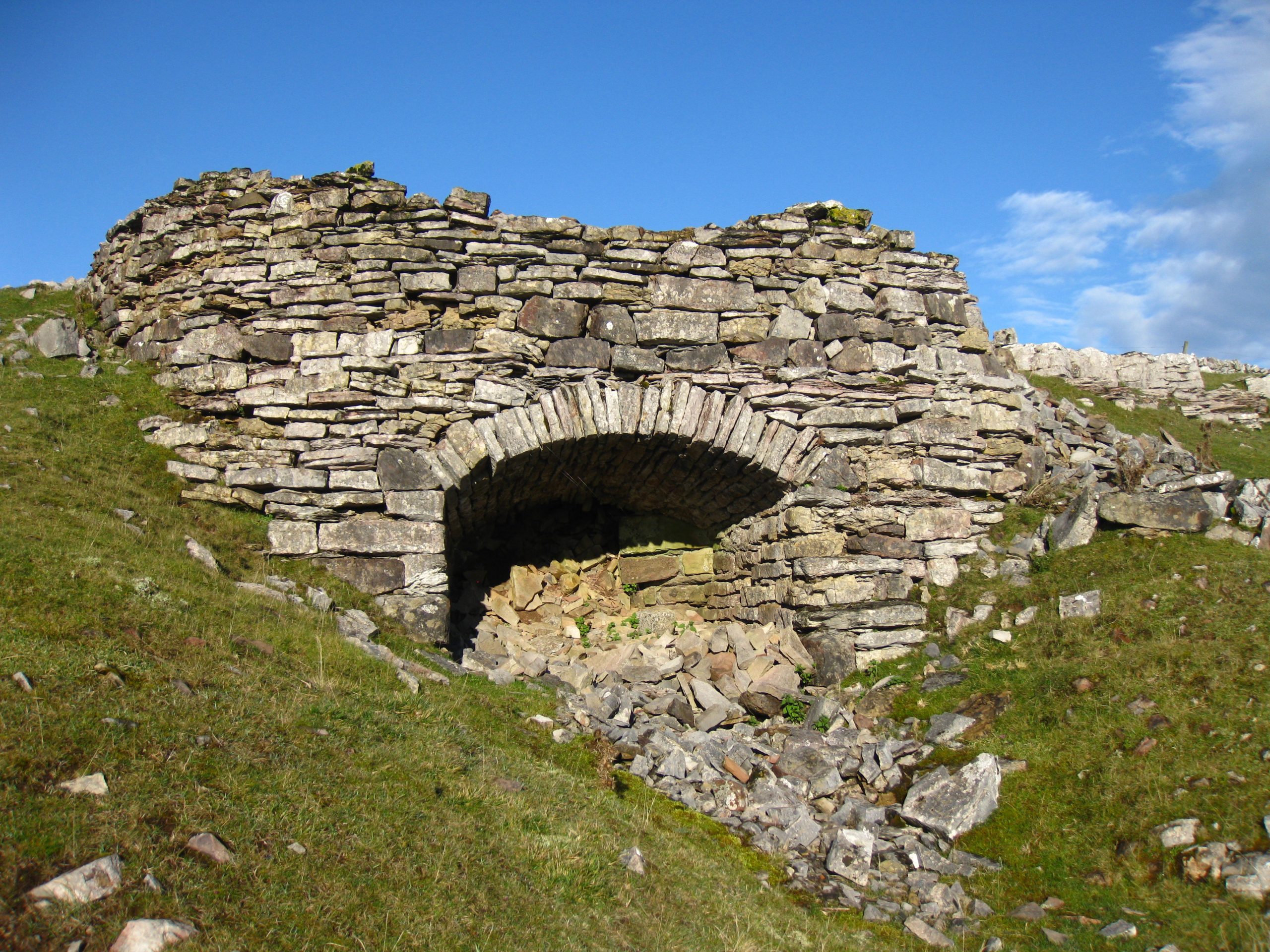 A few quarries are still sporadically active, producing ornamental ‘marble limestone’. During the 20th century some areas of pavement, for example on Gaythorne Plain, were severely damaged by the removal of stone for use in garden rockeries. Fortunately the area’s pavements are now legally protected.

Thicker Carboniferous sandstones, especially the Ashfell Sandstone, have been quarried for use as a local building stone. This pale reddish sandstone can be seen in local buildings and stone walls, and was used to build Smardale Gill Viaduct which carried the Stainmore Line between 1861 and 1962. 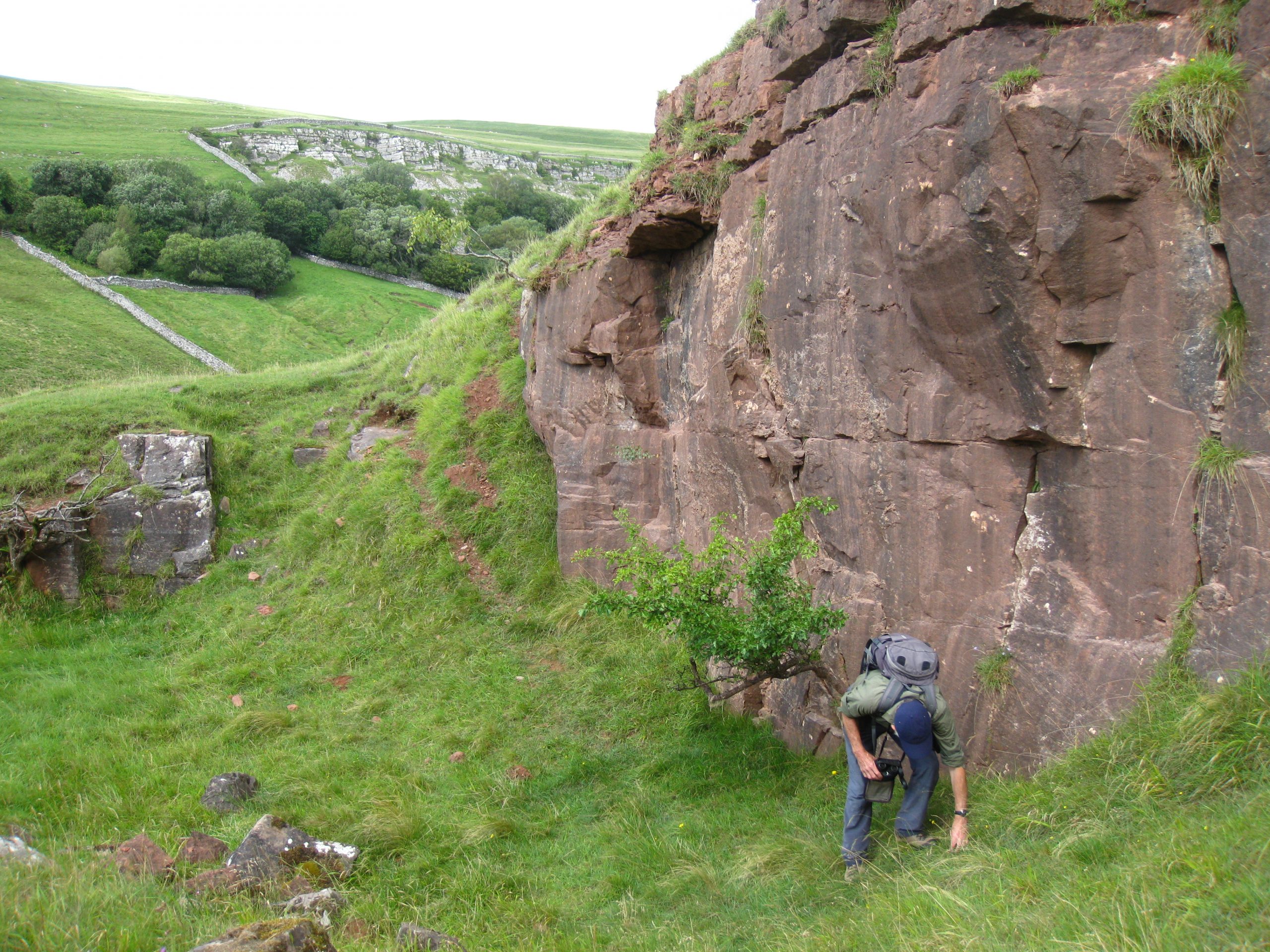 One of several old quarries in Ashfell Sandstone on the east side of Smardale Gill. The quarries were worked in the 19th century for building stone for the viaduct. The old Smardale Gill limestone quarry can be seen in the background. © E. Pickett 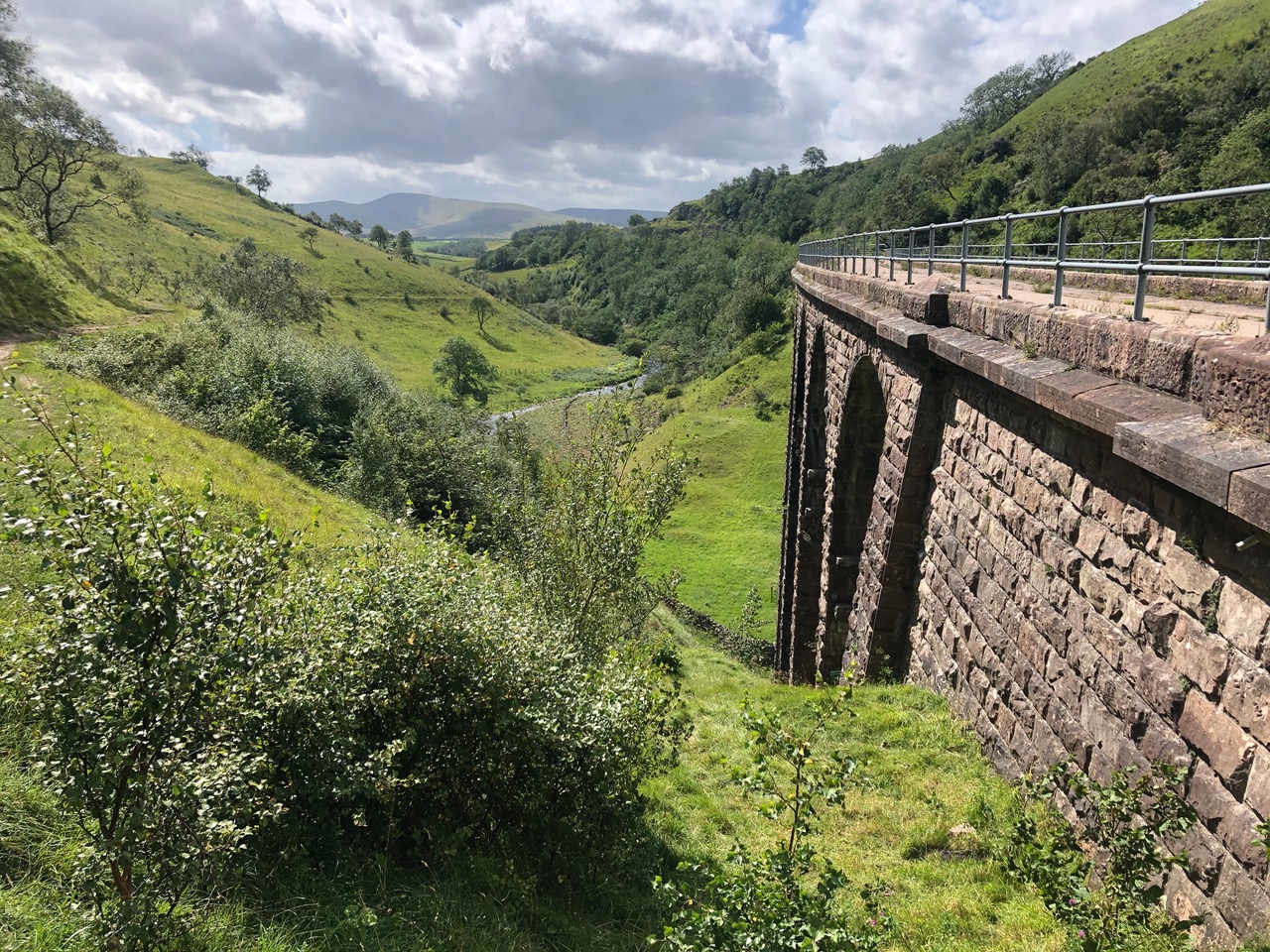