You are here: Home › Westmorland Dales › Life in the Tropics › Blocks and Basins

By 360 million years ago, at the start of the Carboniferous, the landmass containing Britain had drifted close to the Equator and was about to experience millions of years of tropical climate and changing sea levels. Stretching of the Earth’s crust created large fractures, or faults, which defined a pattern of subsiding basins between stable blocks. The area became covered with shallow seas in which sediments accumulated. Thicker sequences built up in the basins than on the blocks. The Westmorland Dales lies at the western end of one of these basins, known as the Stainmore Trough. 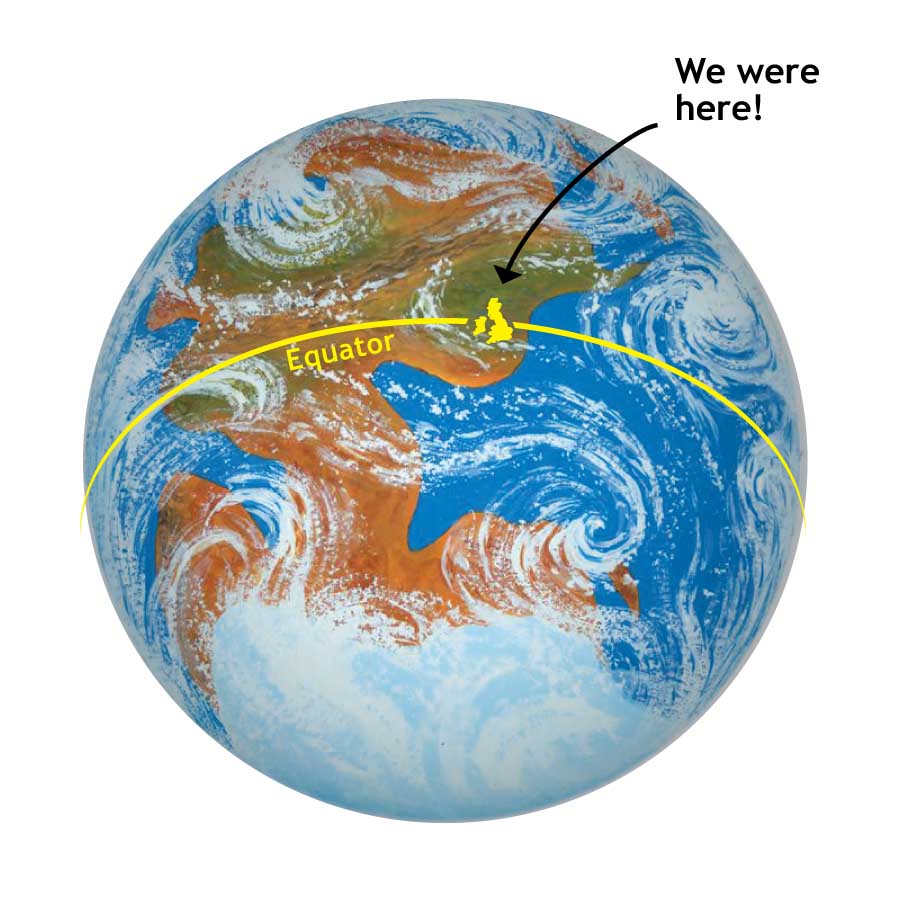 About 350 million years ago, in the Carboniferous Period, Britain lay astride the Equator. E. Pickett (c) BGS, UKRI

The area’s oldest Carboniferous rocks were deposited in the Stainmore Trough before the basin became fully marine. Gravels, sands, silts and limy mud built up in rivers, lagoons and coastal plains. These are now the conglomerates, sandstones, siltstones and limestones of the Ravenstonedale Group, which is poorly exposed on the south side of the upper Lune Valley. The oldest of the formations which make up the group is named the Pinskey Gill Formation, after a stream which runs off the Howgills. 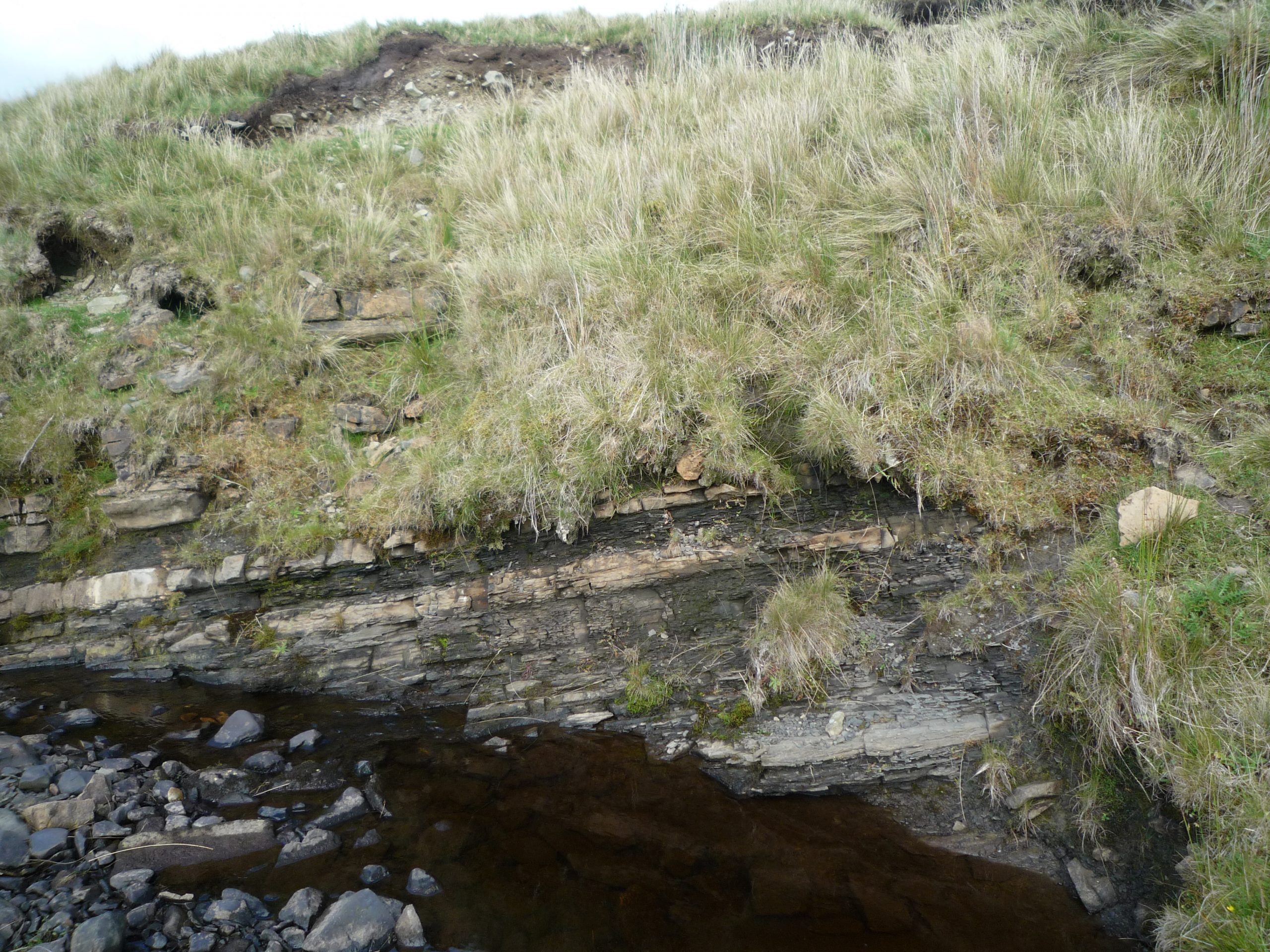 Some of the oldest Carboniferous rocks in the area: limestones and mudstones at the base of the Ravenstonedale Group in Pinskey Gill near Weasdale. © S. Woodhead

Pinskey Gill crosses the boundary between the Pinskey Gill Formation and the underlying Silurian rocks. This contact is an important unconformity, a surface which represents a vast time gap of 70 to 80 million years during which unknown amounts of erosion or periods of no deposition took place. Although not clearly exposed in Pinskey Gill, the unconformity is visible in one or two places elsewhere, for example near Flakebridge. The Pinskey Gill Formation is overlain by conglomerates of the Marsett Formation, which in turn is overlain by the Stone Gill Limestone Formation. 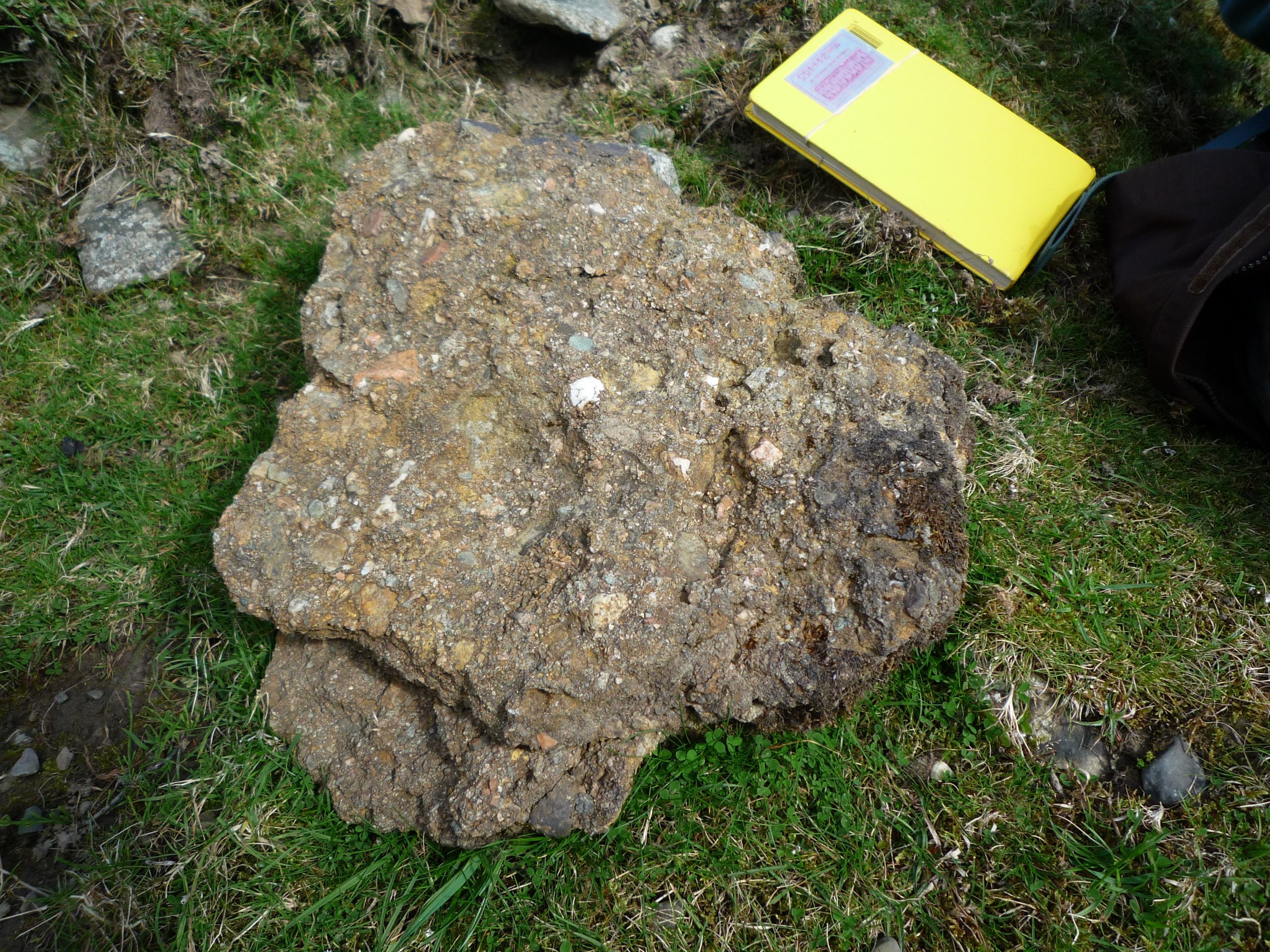 A boulder of conglomerate of the Marsett Formation close to its exposure in Pinskey Gill near the road to Weasdale. © S. Woodhead