Ice smeared the landscape with a mixture of clay, silt, sand, gravel and boulders known as glacial till (formerly called boulder clay). Much of the Westmorland Dales below the higher fells with their crags and pavements is mantled in till, which is generally less than a few metres deep. It can mask the effect of underlying bedrock and it is common to see sinkholes (indicating limestone) on ground with acid soils and moorland vegetation.

In places till has been moulded into small hills known as drumlins and is up to 20m deep. Drumlins formed at the base of moving ice and are streamlined in the direction of ice movement (their shapes are best appreciated in aerial views). They form much of the rolling countryside of the Eden and Lune valleys. A belt of drumlins, whose shapes indicate ice movement northwards from the Howgills, runs between Orton and Ravenstonedale, and there is a cluster at the north end of Mallerstang around Birkett Bottom and Wharton.

Ice directions indicated by drumlins are not always clear-cut, as ice flowing in different directions at different times superimposed drumlins upon each other. For example, a set of drumlins formed by Lake District ice flowing up the Eden Valley was later affected by ice flowing north from the Howgills. 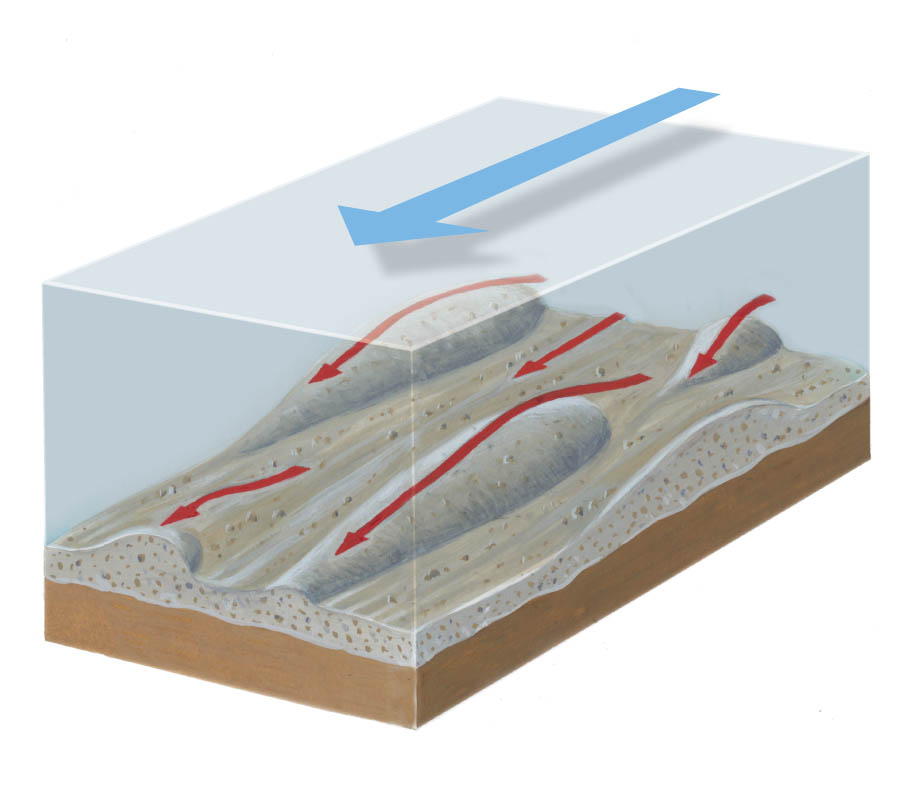 Drumlins forming in till at the base of flowing ice. © E. Pickett 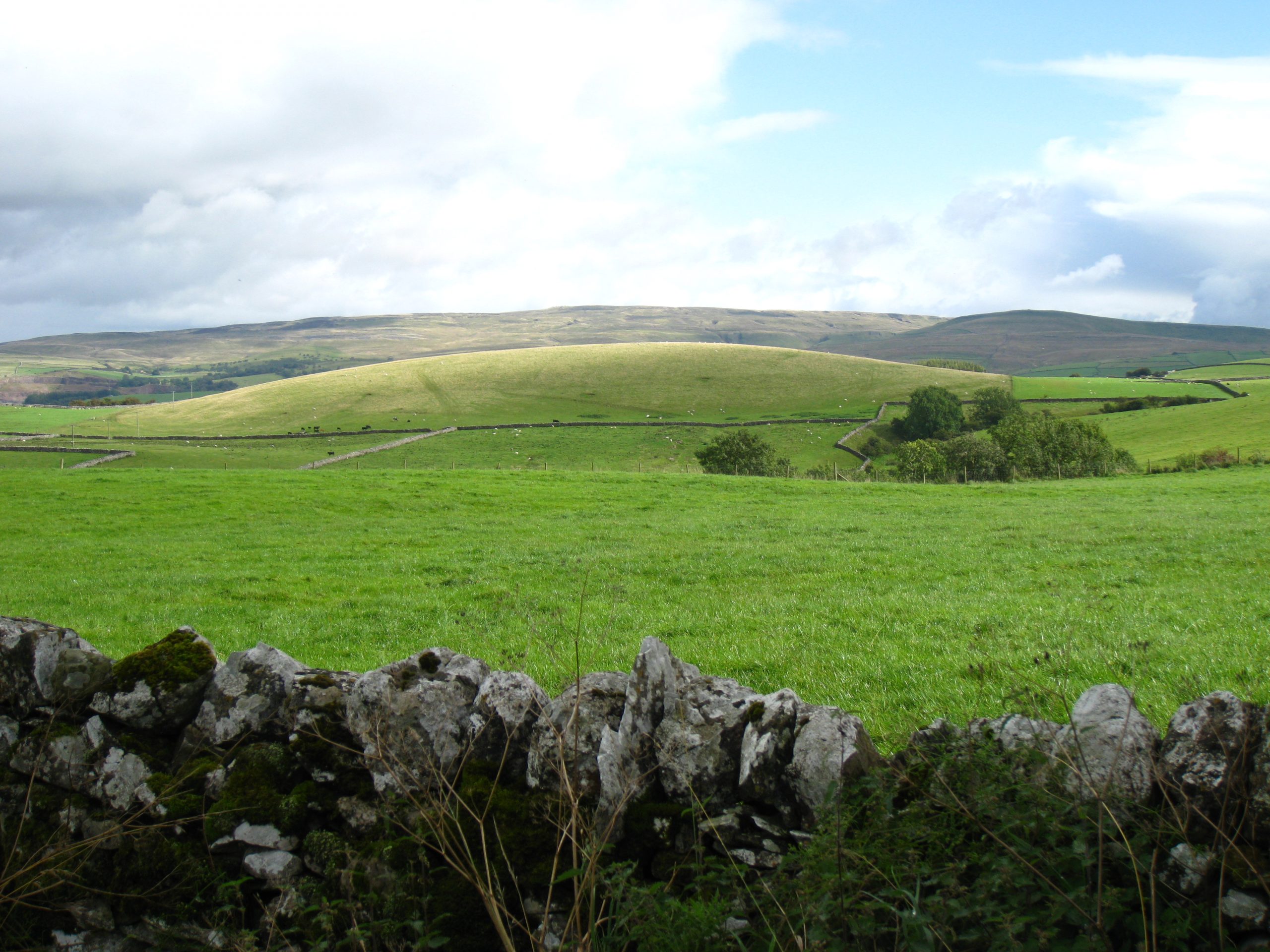 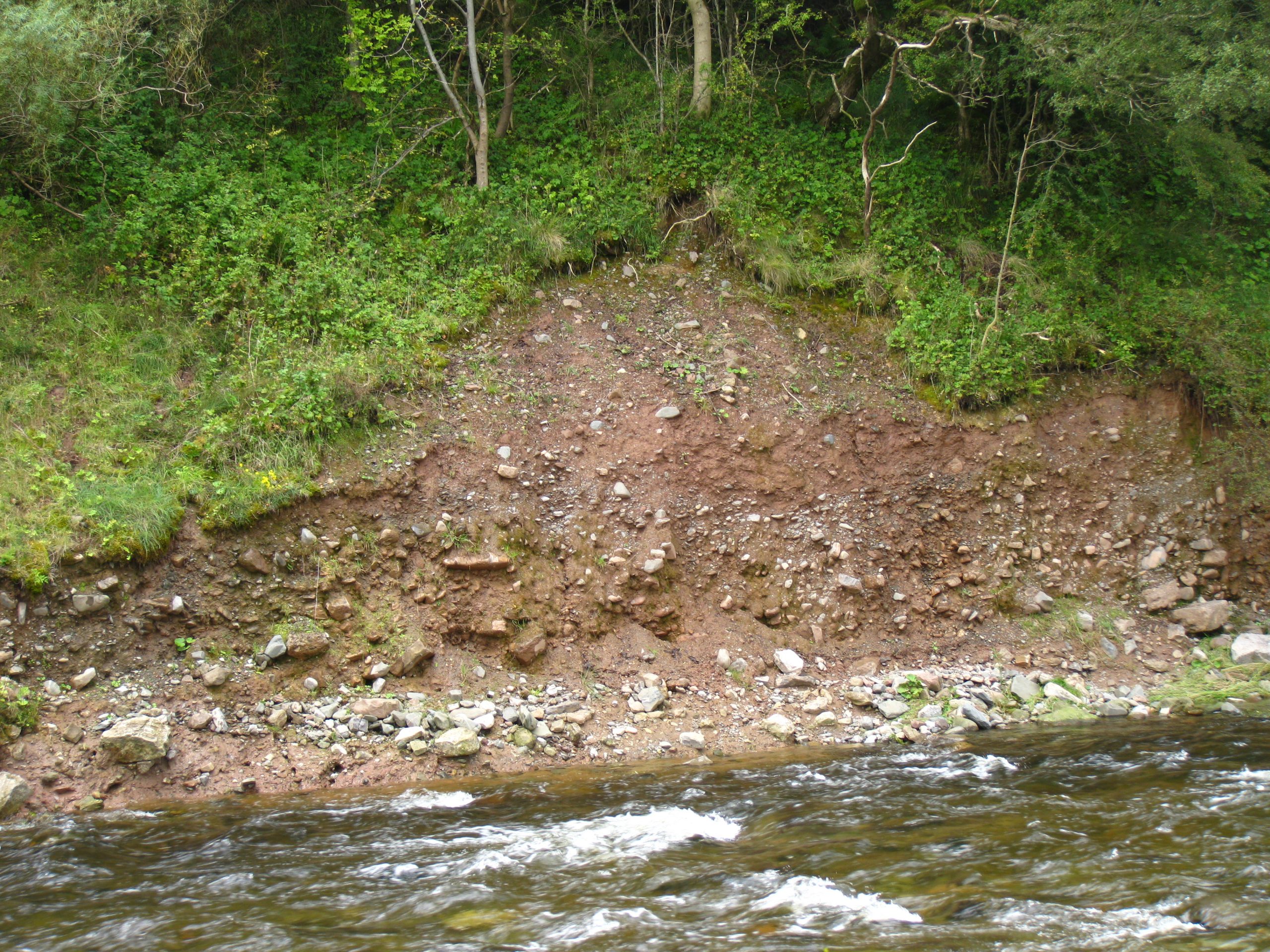 Reddish stony till exposed where the River Lune is cutting into a drumlin near Raisgill Hall Bridge. © E. Pickett