The Silurian rocks of the Howgills were compressed and crumpled during Earth movements related to continental collision over 400 million years ago. Their layering, once horizontal, is now steeply dipping or vertical owing to large scale folding, and their minerals and textures have also been altered, in a process known as metamorphism. They became hard and slaty and may contain a structure known as a ‘cleavage’, along which platy minerals have become orientated and along which the rock tends to split. 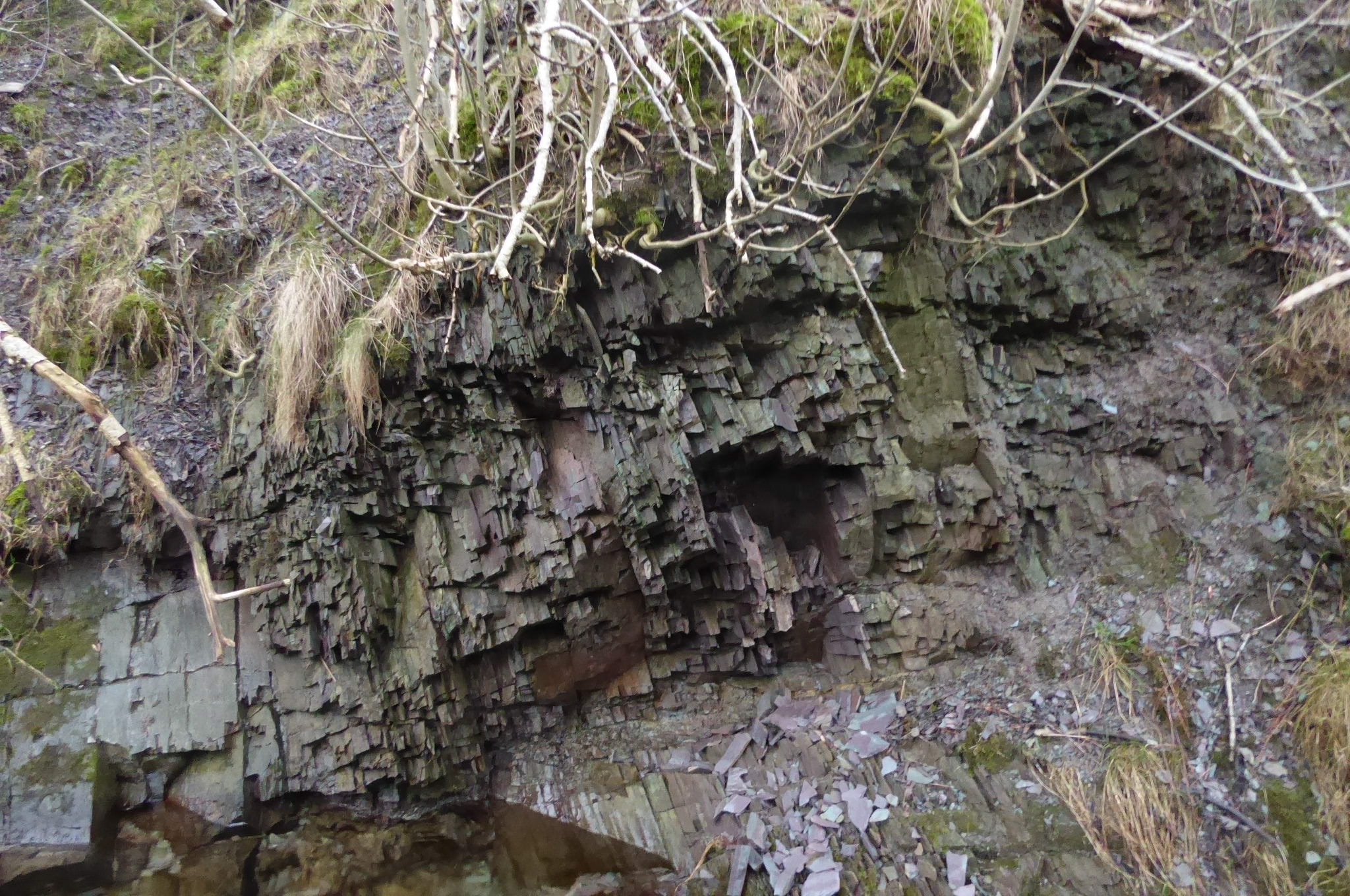 Slaty siltstones and mudstones of the Bannisdale Formation in Pinskey Gill near Weasdale. © N. Pearson 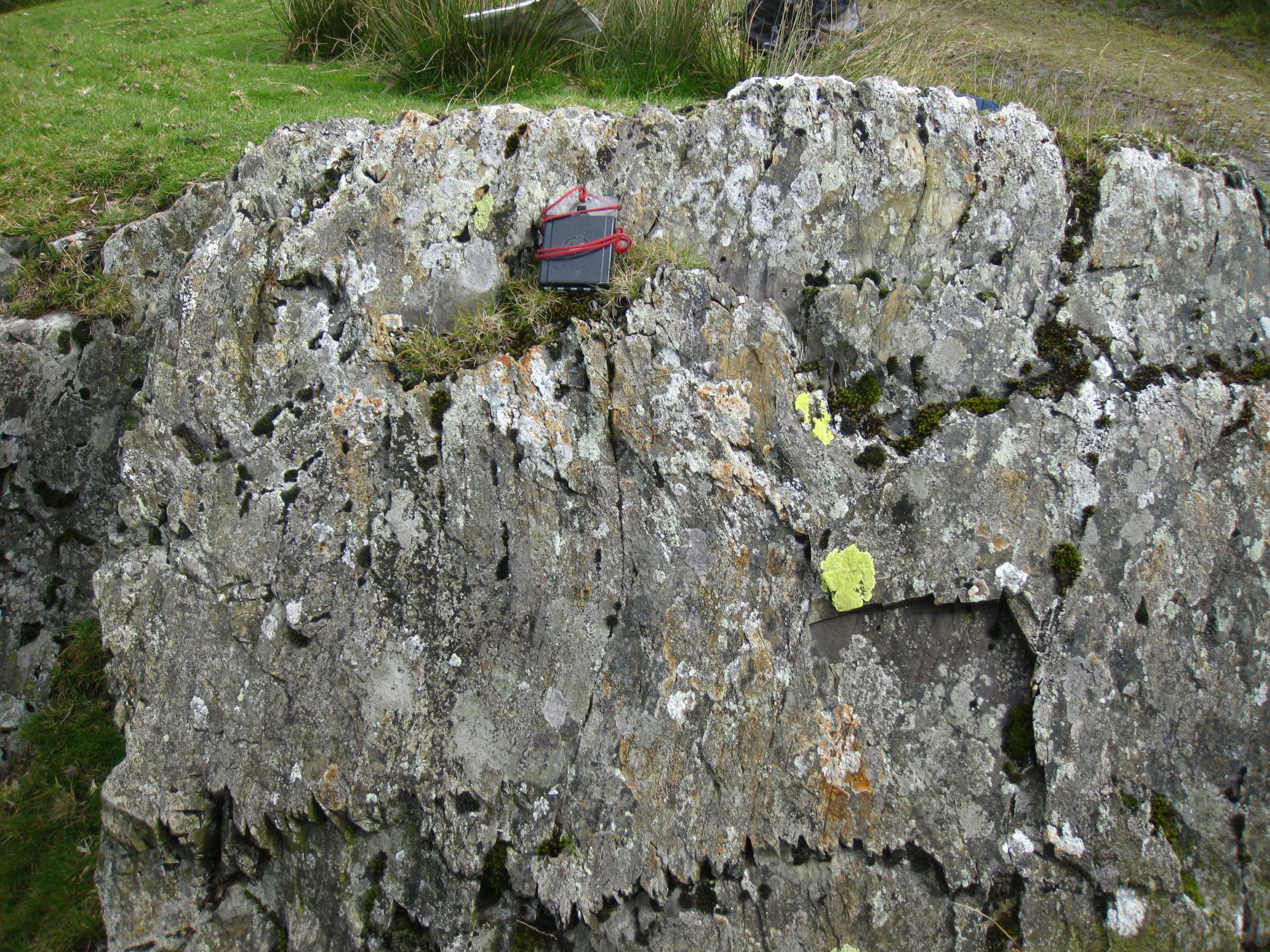 Exposure of Bannisdale Formation south of Gaisgill. Original layering (bedding) in mudstone and siltstone is near vertical and slightly wavy. It is cut by a faint cleavage which runs top left to bottom right. © E. Pickett