You are here: Home › Westmorland Dales › Bending and Breaking › Cracking Up

Faults and joints are different types of fractures in rocks. Faults are surfaces along which rocks have moved relative to each other in the Earth’s crust. Large faults may create scarps or lines of weakness that are exploited by rivers and glaciers to form valleys. An example is the Dent Fault, which runs across the south-eastern part of the area, passing roughly under Street, near Stennerskeugh. The valley between the Howgills and Wild Boar Fell developed along the line of this major fault, which forms part of a wider zone of faulting and folding. The Dent Fault is overlain by Permian rocks near Kirkby Stephen and thus is older than them; it may even date back to early Carboniferous times. Other faults are indicated by more subtle features such as topographic offsets or small cols and valleys such as those at Middle Busk and Great Asby Scar north of Knott. Some faults may be sporadically active, causing occasional minor earthquakes, such as one felt in Kirkby Stephen in August 1970.

View south-west from Ash Fell Edge showing the valley between the Howgills (right) and the slopes of Wild Boar Fell (left), which has developed along the Dent Fault. © E. Pickett 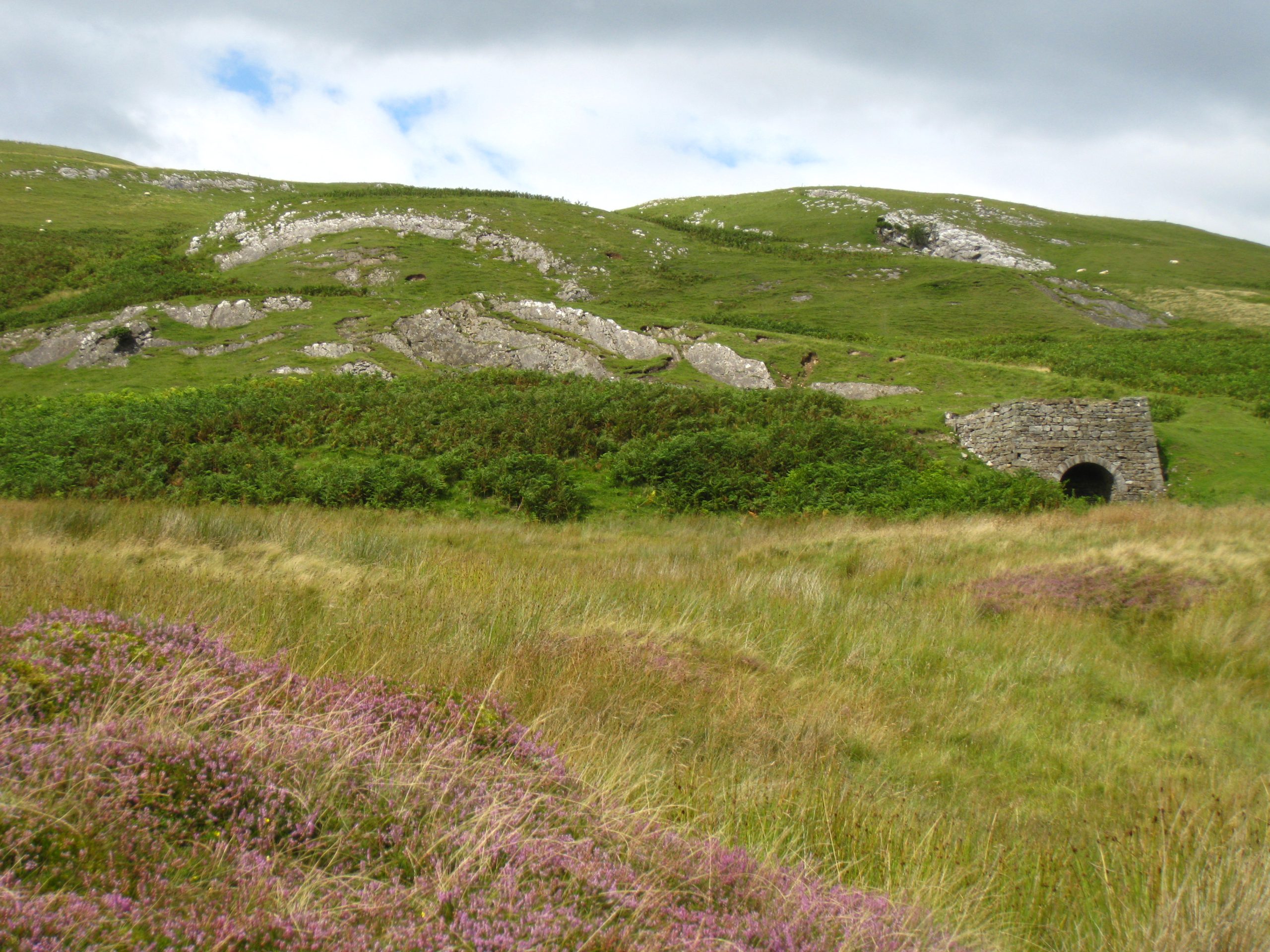 Disrupted limestone on Birkett Common near Pendragon Castle, part of a zone of faulting and folding associated with the Dent Fault. © E. Pickett

Joints tend to be small scale and form when rocks split apart slightly. Unlike faults, rocks do not slide past each other along joints. Joints often form regular patterns of cross-cutting vertical fractures, which are most spectacularly seen in the limestone pavements of Great Asby Scar, where joints have been enlarged to form grykes. 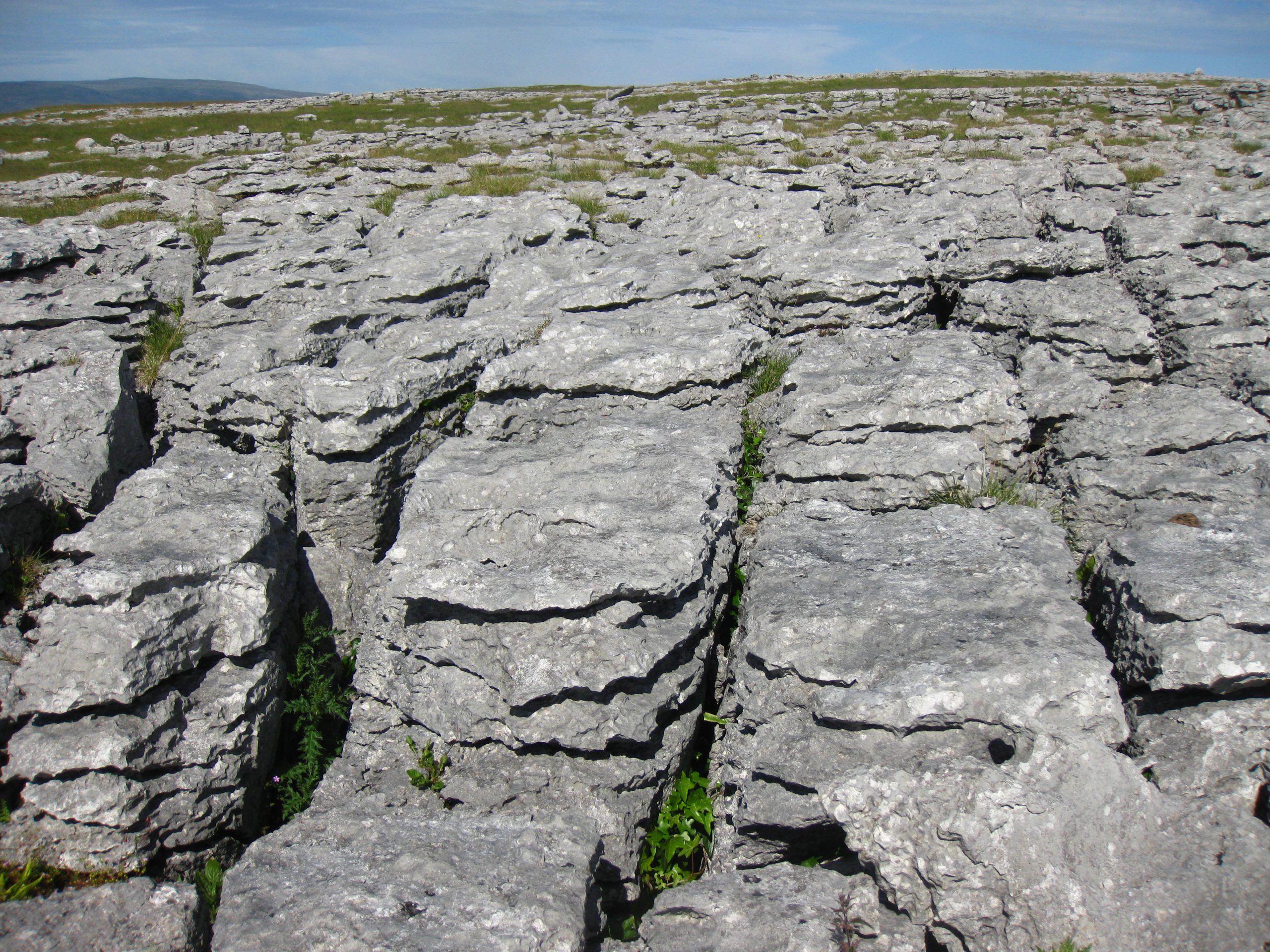