You are here: Home › Westmorland Dales › Bending and Breaking › A Fold in the Hills

When rocks are compressed in the Earth’s crust they may buckle and bend, forming folds which are later exposed by erosion. Folds may be so large that they are not obvious in the landscape. For example, folding in the Silurian rocks of the Howgills is on a scale of several kilometres, and has to be interpreted by measuring outcrop features over a wide area. A good example of visible smaller scale folding is on Great Asby Scar where the limestone beds have been folded into gently rounded troughs and ridges. 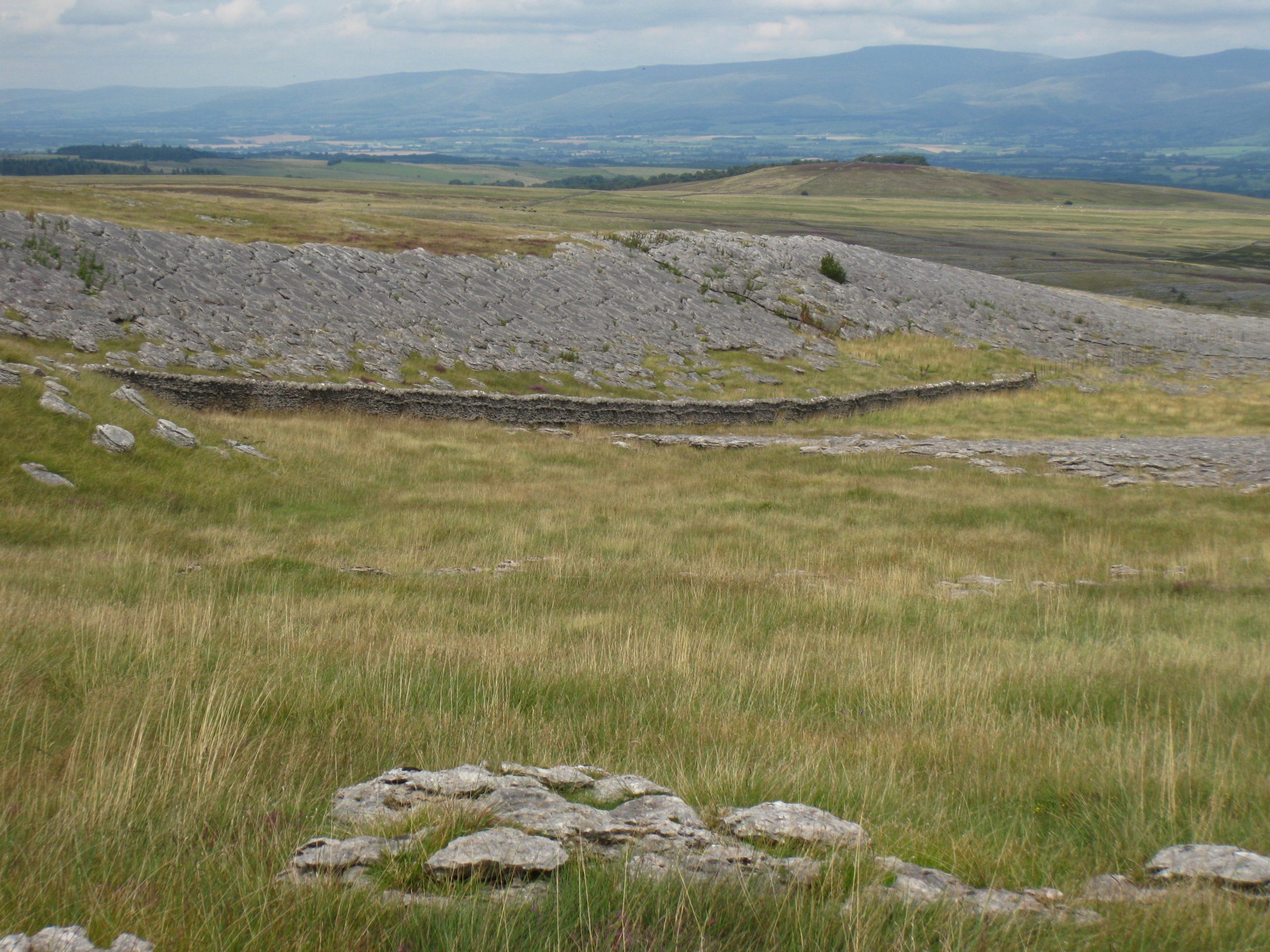 Gently folded limestone at Great Asby Scar, viewed from near Castle Folds. The image shows the western side of a shallow trough. © E. Pickett